Felda Global Ventures Holdings Berhad (FGV) today reinforced its presence in Pakistan and the region, in a keynote speech presented by its Group President and Chief Executive Officer, Dato’ Zakaria Arshad at the second edition of the Pakistan Edible Oil Conference (PEOC 2017).

FGV entered the edible oil market of Pakistan in 1980 as sellers of palm olein, refined palm oil and has continued supplying large volumes of quality palm oil based products to Pakistan. To date, FGV has invested up to USD18 million (RM80 million) in Pakistan, by far the largest investment by any Malaysian group. Pakistan currently has approximately 18 kg per capita consumption of edible oil, whilst China has 24kg per capita. The annual demand of edible oil in Pakistan is estimated around 3.5 million tons against per capita edible oil consumption of 1213 litres. About 2.67 million tons edible oil is imported whereas 0.86 million tons is domestically produced. 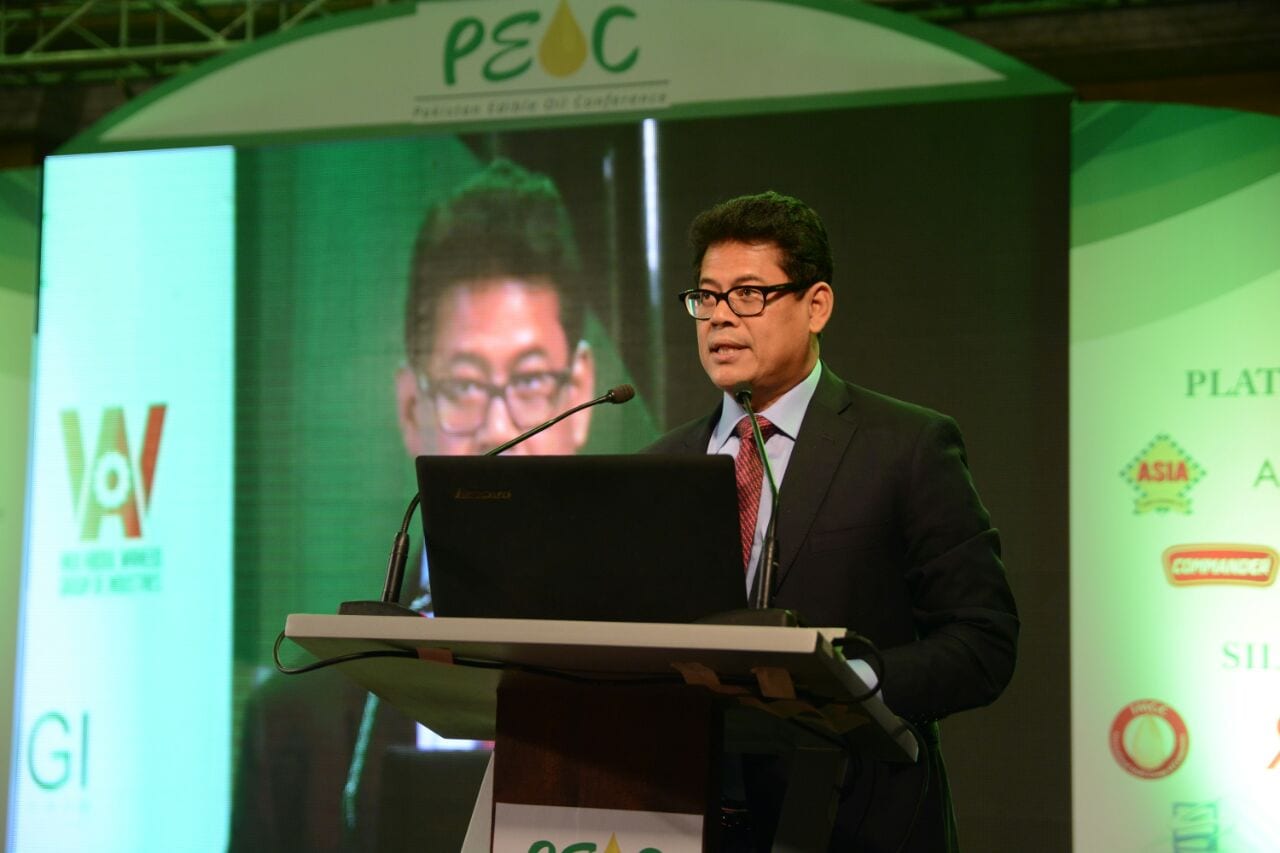 In his speech, Dato’ Zakaria stated that, “Under the Malaysian government G-to-G trade programmes with Pakistan,  spearheaded by the Malaysia External Trade Development Corporation (MATRADE), FGV has forged stronger economic ties with Pakistan in the field of Edible Oils,  by entering into first-ever Joint Venture Agreements with Pakistan’s leading Westbury Group in 1993,  for the establishment of Bulking Installation/Terminal for handling and storage of Palm Oil and other Edible Oils, Modern Palm Oil Refinery, Solvent Extraction Plant and Port infrastructure Jetty Project of Liquid Cargo Terminal (LCT) at Port Qasim.

The LCT is one of the biggest milestones of the partnership, as almost 98% of edible oil imported to Pakistan comes through our edible oil terminal and 45% of the same goes through FGV’s  bulking tanks.”

FWQ Enterprises (Private) Limited (FWQ) is FGV’s subsidiary in Pakistan with 65% shareholdings
and the balance held by Westbury Group.

The LCT in Port Qasim can handle vessels up to 35,000 MT DWT and it is the only dedicated Liquid Cargo Terminal for Edible Oil vessels. So far, the LCT has handled over 1,000 vessels and about 15.6 million tons of Edible Oils from March 2009 till date without any demurrage cost cementing its reputation as one of the most efficient jetties in Pakistan.

Building on this success, FWQ is also building a new Multipurpose Tank Terminal and a modern warehouse facility to support its jetty operations.

Dato’ Zakaria Arshad said, the Multipurpose Tank Terminal with a total capacity of 30,000 MT will handle and store liquid products of ethanol, molasses, edible oils and other allied products.

“This is part of FGV’s efforts to capture a bigger market share in Pakistan, India, the Middle East as well as a launch pad for the Balkan countries. At the same time, this endeavour will ensure long term returns to our shareholders,” he said.

“The first 15,000 MT storage tanks have been installed in June 2016 and the remaining 15,000 MT will be completed by 2017, with the potential to increase its capacity to 38,300 MT to meet future demand. The Terminal is projected to cost FWQ Rs326 million (RM13 million) to be funded through internally generated resources,” he said.

Currently, FGV owns and operates the world’s largest edible oil terminal with a total capacity of 865,000 MT. Once fully operational, the bulking facilities in Port Qasim will complement FGV’s existing bulking facilities in Malaysia and Indonesia for a combined capacity of 900,000 MT that will strengthen its global presence, widen its network as well as bolster its entire value chain.

Dato’ Zakaria highlighted that, apart from the Multipurpose Tank Terminal, FWQ also plans to build new Modern Warehouse facilities on five acres of land to be acquired in the vicinity of Port Qasim with an estimated cost of Rs300 million (RM12 million)

“Both projects will be funded internally and we are confident these projects will generateexcellent returns in view of its strong demand at Port Qasim,” he added.

FGV is in a leadership position in Pakistan to capitalize on a population of 190 million and is committed to invest more business in the country. With all the current Joint Venture projects operating profitably so far, FGV looks forward to new strategic partnerships for the mutual benefits of all parties.