FGV Records Profit Before Tax of RM266 Million for FY2016 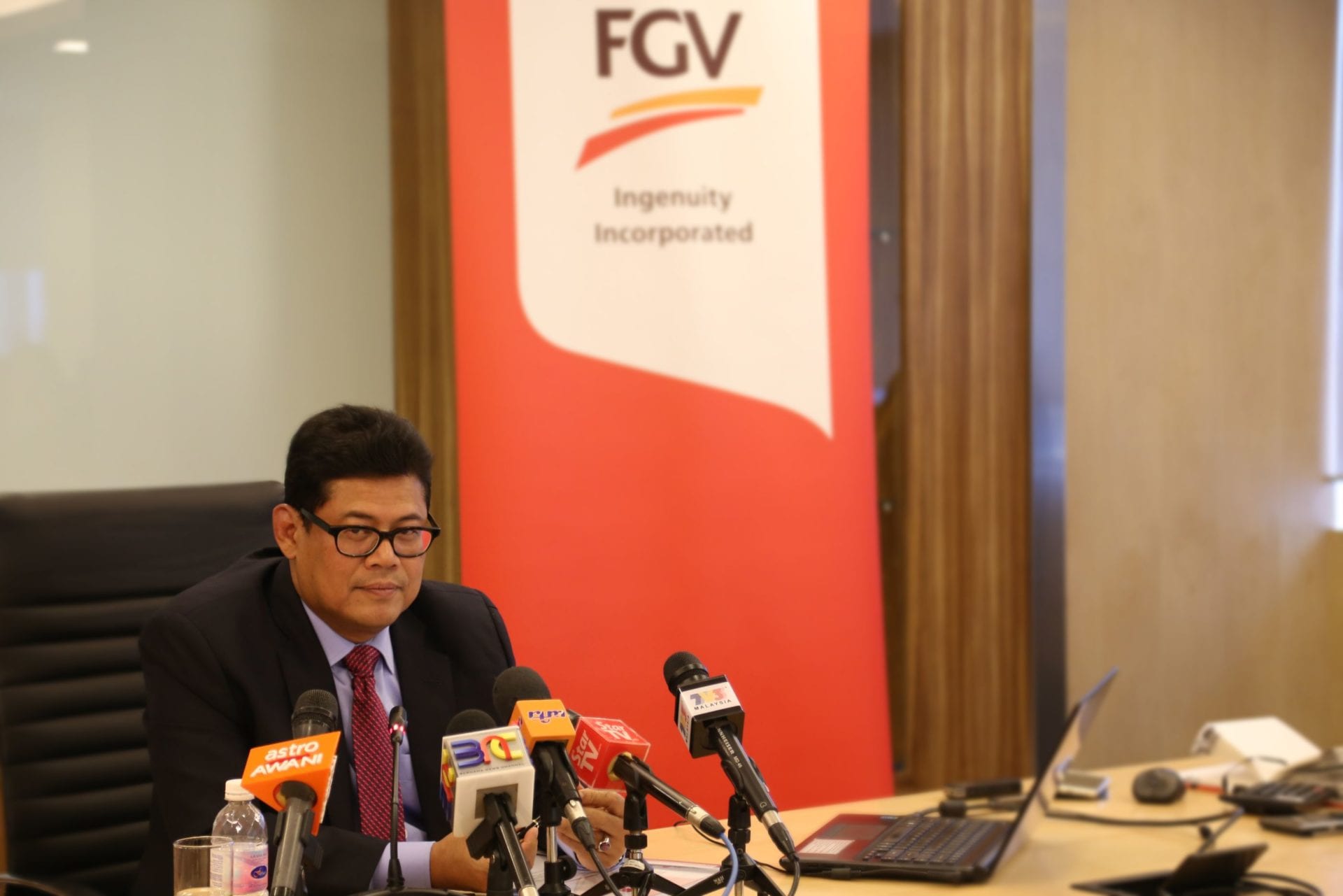 The Q4 PBT performance represents an improvement from RM195.3 million recorded in the corresponding quarter 2015 (Q4’15) and a substantial increase from RM3 million recorded in the preceding quarter (Q3’16). This improvement was achieved due to higher CPO price realised, fair value gain from Land Lease Agreement (LLA), reduction in administration cost, effect of changes in accounting policy on replanting and reversal of Felda Iffco Gida, Turkey stock losses as prior year adjustments.

The lower FFB production was expected due to the post effect of prolonged El Nino, which occurred since 2015 causing stress to the trees. Coupled with the replanting exercise of 16,320 ha, last year was the lowest production year as the Group anticipates an upward trend going forward.

“Despite these challenges, FGV managed to post better results for Q4 2016 to even out the weaker first and third quarter performances. Our drive for operational improvements and cost management across the Group has resulted in the reduction of administration costs by RM127 million in 2016, exceeding our expectation.

“We also undertook a fair value re-estimation of LLA liabilities and a change of accounting method in replanting during the year, to provide a better reflection of economic reality in our financial statement,” said FGV’s Group President and Chief Executive Officer, Dato’ Zakaria Arshad.

Looking forward to the rest of 2017, Dato’ Zakaria is optimistic following several improvement initiatives commissioned by the Group, which includes further reduction of general administration cost wherever possible.

Firstly, the Board has approved a group-wide rationalisation exercise in its drive to address the excess capacity and low utilisation factor identified in several core assets. The initiative involves closing down of four palm oil mills, two rubber processing plants and one palm oil refinery that will generate annual cost-savings of approximately RM13.5 million. The Group has made a provision of RM49.2 million in 2016 for this exercise.

“Due to changes in the landscape of FGV’s palm oil and rubber plantations, these mills and plants are no longer economical to maintain, as we consolidate smaller plants to bigger units for better economies of scale. By doing so, our palm oil mills shall eventually increase their average utilisation factor to 80%,” he added.

Secondly, the Group has streamlined its core operations into three main sectors; Plantation, Sugar and Logistics & Others, in our effort to improve management focus, clarity and reporting accountability by the leadership team. The exercise shall also enhance synergies through a fully integrated palm value chain of upstream, processing and downstream activities under one Plantation Sector.

“These initiatives are in line with FGV’s Strategic Plan (SP20) that premises upon achieving operational excellence, moving down the palm value chain and growth in adjacent fields. Further details on SP20 will be unveiled soon,” said Dato’ Zakaria.

As FGV has just been approved its own RSPO membership in December 2016, we also look forward to part of our mill complexes being successfully certified in 2017. 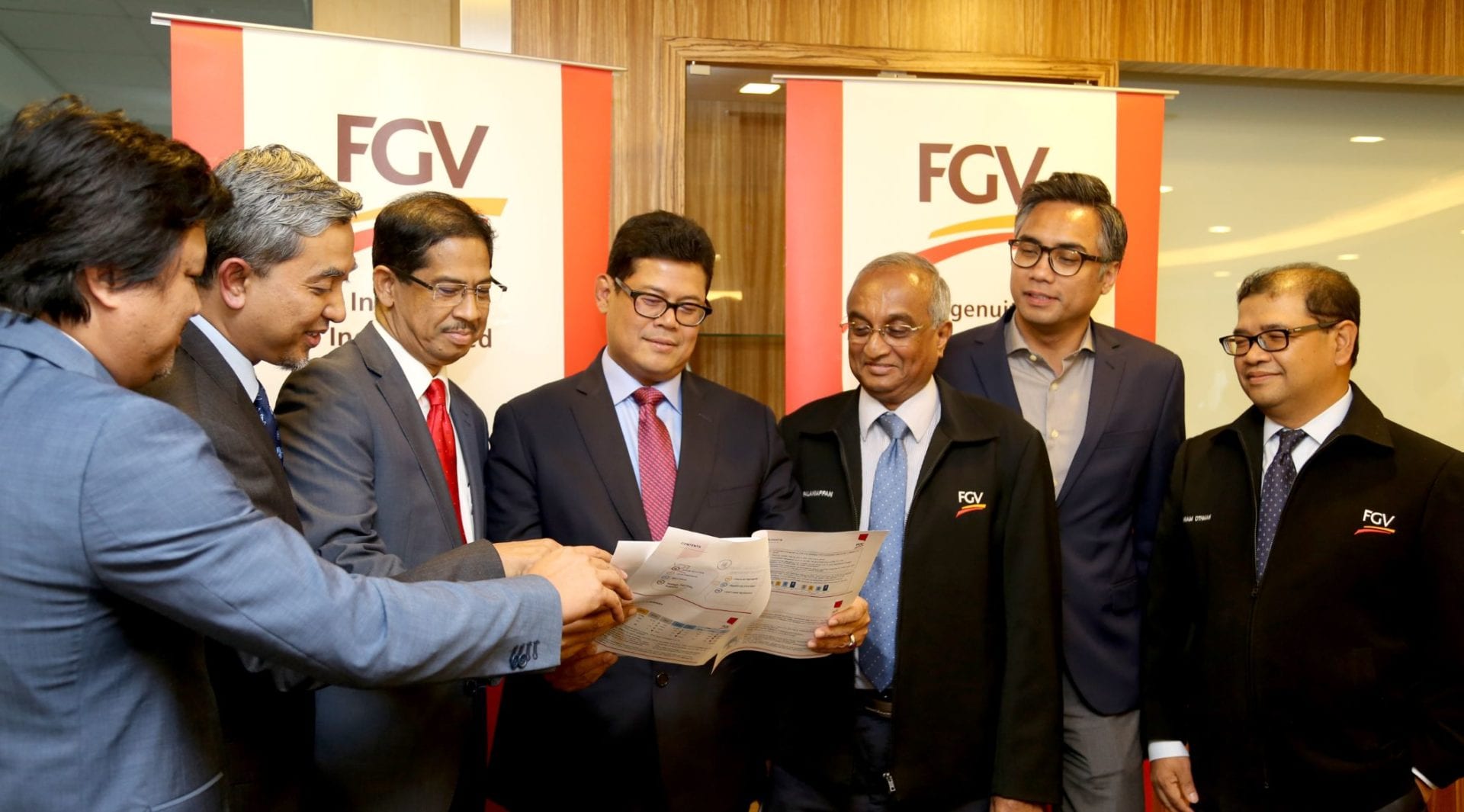 He reiterated that mergers and acquisitions are not the Group’s priority, following the signing of the termination agreement with Eagle High Plantations (EHP) in December last year.

“Unless we find a compelling financial and strategic case for an acquisition, we will focus our energy to deliver sustainable returns organically to our shareholders, including our major investor, the Federal Land Development Authority (FELDA) that shall in turn benefit the settlers’ community.’

“This year, Insya-Allah, we expect the palm plantation business to recover fully from the impact of El Nino and an increase in planted areas coming into maturity from the replanting exercise. We estimate an additional 600,000 MT of FFB production this year, leading to a total volume of 4.5 million MT FFB. By the year 2020, we expect to achieve 5.3 million MT FFB production annually from existing landbank, a 36% increase from 2016 achievement,” said Dato’ Zakaria.

Anticipating a better outlook for 2017, Dato’ Zakaria  projects a CPO price range of between RM2,600 to RM3,000 in the next few months until Q2 2017, after which the price will be primarily affected by market demand, production growth and the national inventory level.